Ina Coolbrith was born Josephine Smith, daughter of Agnes Coolbrith and Don Carlos Smith, niece of the Latter-Day Saint Prophet, Joseph Smith. After her father’s death, the deaths of Joseph and Hyrum, and the persecutions in Nauvoo, she came to California with her mother, her mother’s new husband William Pickett, and their children. She became the first librarian of the Oakland Free Library and the first poet laureate of the state of California. Ina kept a lifelong friendship and correspondence with her cousin, Joseph F. Smith who became the 6th President of the LDS Church. They wrote to each other from their teenage years until shortly before his death at age 80. She lived to be 87. She hosted salons for the literary crowd in her home on Taylor Street and was one of the three referred to as the Golden Gate Trinity with Bret Harte and Charles Stoddard.

Camilla Smith, a long-time member of the San Francisco Stake, has researched Ina Coolbrith’s correspondence at The Bancroft Library at UC Berkeley where she is on the Library Board and Editor of Bancroftiana and has read Ina’s correspondence with President Joseph F. Smith in his letter books. She will talk about Ina Coolbrith’s life and relationship with her cousin Joseph F. Smith. Smith is a graduate of BYU with an MA in literature from Teachers College at Columbia U. She was an editorial assistant for Putnams Publishers, Director of Rights and Permissions at Teachers College Press, and has taught English. 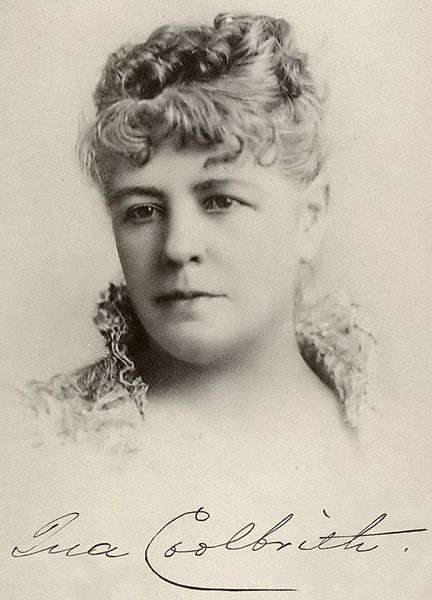